SOLVE YOUR MATTERS WITH A BUSINESS LAW VETERAN CONTACT ME TODAY 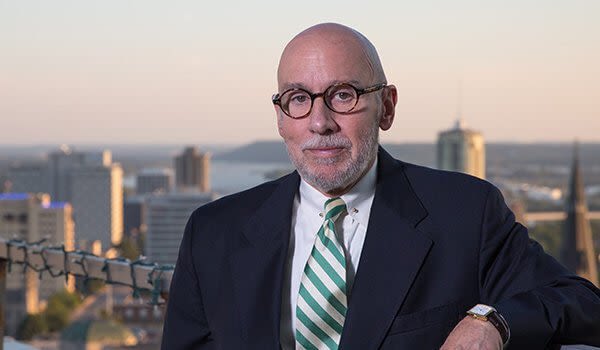 My name is Larry Pinkerton, and I’ve successfully practiced business law for more than 40 years with a pointed emphasis on securities fraud and antitrust matters. I graduated from Columbia University Law School in 1976, and I am a Master Emeritus in the American Inns of Court, an AV® Preeminent (five-star) rated lawyer at Martindale-Hubbel, and a Super Lawyer. I also served as a captain in the United States Air Force and obtained a Master of Arts in Economics during the time.

I take great care and diligence in creating effective discoveries, favorable depositions, strategic settlements and excellent trial performances for each of my clients.

SERVING MY NATIVE STATE OF OKLAHOMA

As a native of Oklahoma, I've kept myself well-connected within the business legal community. I am admitted to practice in Oklahoma trial and appellate courts, numerous federal district courts, and the United States Courts of Appeals for the Third, Eighth, and Tenth Circuits.

As a boutique litigation practice, my firm, Pinkerton Law, P.C., offers a broad range of legal services in civil practice areas. Located in the heart of downtown Tulsa, the firm represents individual and business clients throughout Oklahoma and Western Arkansas. I also serve as local counsel and co-counsel for other law firms and routinely accept litigation referrals.

PRACTICING IN THE FOLLOWING JURISDICTIONS